Lies ruin lives.
Ignacio Torres, the translator for Blackbridge Security, has told his fair share and then some.
He lied more than once to Tinley Holland when they were teens.
Told her he didn’t love her.
Told her he could live without her.
Told her what they shared didn’t mean a thing.
He’s lived with those lies, lived with the loss of her for over a decade.
What he didn’t expect was going home to help with a family matter only to discover Tinley has told the biggest lie of all.

NICUnurse’s Review of Truth Be Told by Marie James

Truth Be Told is the fourth book of Marie James’ Blackbridge Security series. They are all marketed as stand-alone titles, but if you were going to choose just one book to read in the series, this is the one I’d recommend. Especially if emotional, angsty books are more your speed than romantic suspense.

Ignacio and Tinley fell hard for each other and thought they were going to spend forever together. Until circumstances and a well-placed lie forced them to go separate ways. Now, they both find themselves back in their hometown, and Ignacio is blown away by the secret Tinley has kept from him for so long. With so much hurt, anger, and distrust between them, is there any hope that they can overcome any of it?

There is a lot to unpack between the covers of this book. As the saying goes, there’s a thin line between love and hate, and when Ignacio shoves Tinley over that line thinking he’s doing the right thing, the ripple effect has far-reaching consequences. Both of them are hotheads and driven by emotion. And while they’ve both grown and matured, the animosity on Tinley’s part has festered and morphed into something giant for years. I wanted to do an intervention with these two so badly! So. Much. Angst. But I understood where Tinley was coming from even while my heart broke for Ignacio. They do get their HEA, but man, is it hard-fought!

Of all of the Blackbridge Security books, I think this may have just tied with the first book. But that’s almost like comparing apples and oranges. Book one was a fast-paced romantic suspense, while this one was definitely a more emotional read. And even though Deacon and Anna had a history in Hostile Territory, it was nothing compared to the past that Inacio and Tinley share. So it’s really tough to pick my favorite here. Regardless, as a series junkie, I say give them all a try. I’ve loved watching the brotherhood and camaraderie develop and grow among the Blackbridge guys along the way. And who wouldn’t love a parrot with a huge personality like Puff Daddy?!

NICUnurse’s Rating: I give Truth Be Told by Marie James 4.5 out of 5 propellers! 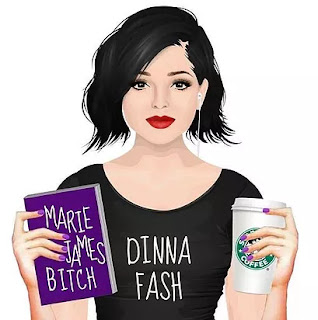 Let’s see…where to begin…
​
I’m inching up on the BIG 4-0. The gray hairs are doubling what seems like daily, and the wrinkles and laugh lines are more pronounced than ever.
​
I have an amazing husband (Married just over 15 years.)
​
We have two boys we’re doing our best to raise as respectful gentlemen.
​
I have a master’s degree in criminal justice which I used to work as a juvenile probation office until deciding to write full-time in June of 2019. So that means there’s usually always some criminal/law element to my novels.
​
If I’m not writing; I’m reading.
​
My favorite genres recently are bully/reverse harem and enemies to lovers. Maybe I’m reliving my traumatic teen years through the girls who actually end up with the boys. (Not that I would change my history since it’s gotten me exactly where I need to be!)
​
I love coffee. I miss carbs. Music is LIFE. I try not to be too serious.
Connect with Marie James
Website | Newsletter | Facebook | Amazon Author Page | Goodreads | Instagram | Twitter | BookBub
Hosted By