Today we have the pre-release blitz for MATZAH BALL SURPRISE by Laura Brown! Check it out and be sure to pre-order your copy today! 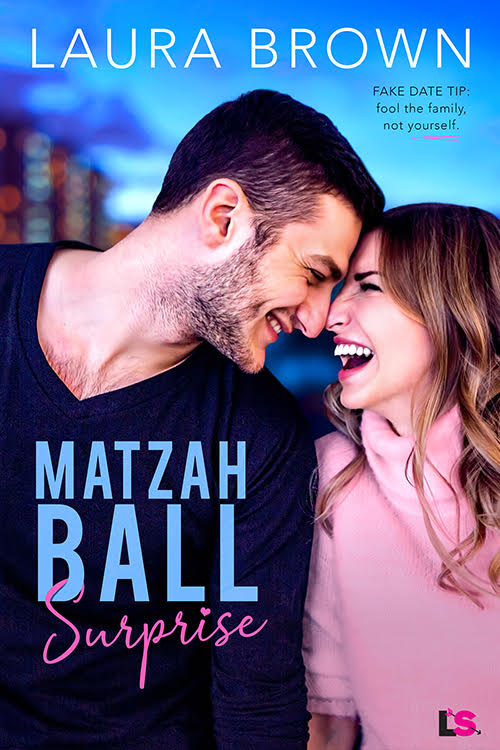 This Passover is starting to feel like the ten plagues might be coming back to haunt them before the weekend is over…one hilarious misstep after the next.

Gaby Fineberg just wants to get through Passover Seder without her “well-meaning” family playing matchmaker. She needs a date, just for one simple meal—that includes singing, the history of her forefathers, and not one bit of yeast. The hot guy at her gym would be perfect. He probably hates bread, anyway, with a body like that. But when she finally works up the nerve to ask him…he doesn’t hear a word she said.

Levi Miller is deaf and happily single. Initially, he doesn’t know why this beautiful woman is talking to him, but it’s clear she needs help—and suddenly so does he. In a very complicated situation, Levi finds a simple solution. Gaby will pretend to be his new girlfriend to bail him out, and he’ll return the favor. But he didn’t bargain for a family dinner quite like this one…

If you plan to purchase this book, we’d be grateful if you used our links. This helps us maintain the blog and costs you nothing! Thank you for your support!

He picked up the paper and wrote one letter: A, then pointed to her hand and his, which was back in the shape.

He tapped his nose then took her hand again, rearranging her fingers to be straight, with her thumb across her palm.

He was teaching her the alphabet. And since each touch of his hand to hers made her all tingly, she had to concentrate extra hard. This would work, if she could pay attention. They needed some way to communicate beyond writing, otherwise what would her family think?

A half hour later she still didn’t know the difference between D and F, and she kept messing P up, but she had the gist of it. Sort of. All the mistakes frustrated her to no end, but Levi sat, relaxed shoulders, smile on his face, as if this were a tranquil evening at home. And his mellow state was contagious.

Or maybe that was the wine.

He pointed to her and then made a motion with his hands, “L-E-A-R-N G-O-O-D.” He formed the letters painfully slow, and it took a few repeats, but she amazed herself by following.

When she realized what he meant by those two words, she blushed—blushed! Acting like she hadn’t had a compliment in ages. Deep inside she knew it had been a while—a long while thanks to Tom—but not enough to warrant blushing.

She thought of the alphabet and the shapes and her fingers and made her first attempt at putting a word together. “T-G-S-N-P Y-O-V.”

It took another ten minutes for him to get her to correctly spell “thank you.” 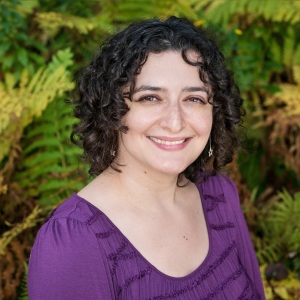 After spending her childhood coming up with new episodes to her favorite sitcoms instead of sleeping, Laura Brown decided to try her hand at writing and never looked back. A hopeless romantic, she married her high school sweetheart. They live in Massachusetts with their two cats and son. Laura’s been hard of hearing her entire life but didn’t start learning ASL until college, when her disability morphed from an inconvenience to a positive part of her identity. At home the closed captioning is always on, lights flash with the doorbell, and hearing aids are sometimes optional.